Just as last year, I had the honor to model for Clara Maeda, on a music by her husband, Yui, from the band Yaneka. First in Monaco the 26st and 27th of february, then the first of march in Paris. It was , once again, a  spellbinding and instructive adventure. I learn more about myself every time, I go beyond my own limits, I « improve » myself. Well, and well, at least I try. The team work is really educational. There is a cohesion building up in the growing group, we support each other, we reassure , we give mutual assistance and motivate each other ; all for one and same objective : making the performance on the scene unforgettable for the spectators, and exalting (or would I rather say, being exalted…) by Clara’s outfits, real textile works of art.

Just like the first time, we first paraded on stage at the Fairmont, for the MAGIC guests. This year, we were in a much better situation, as last year, we were really cold backstage, did not had any time to eat and where the time of the fashion show was delayed many times. MAGIC’s staff was perfect this year, we had a fantastic heated dressing room, much more luminous and water ; we were a few to have prepared snacks for everyone : my savory gluten free cakke and mychocolate fondant (melted…) were a success, and I cannot be prouder of it ! I’m not such a good cook in the first place, but I’m working on it ! My friend Clara Onuki, home chef/caterer (link) is responsible of it (thank you !)

The fashion show went on really well, it will always be a memorable recollection. I really think that we were applauded even more than last year !

The next day we stringed together, from 9am, the preparation for the second fashion show, taking place on the MAGID’s grand scene, with a top notch light and sound team ! We had so much fun backstage ! And we had plenty of time to read, or for some of us to sleep. Of course, not going out from the changing rooms from 9am till 6 pm is a bit lenghty. Margaux, our hairdresser , surpassed herself and Vanessa Lopez, our Los Angeles Make Up Artist, worked wonders. I got a new nickname that day, and i twill remain a long time : « spanky bum », for my well rounded posterior!

Unlike the past year, the « Dream Team » did not split in Monaco. One day and a half later, here I am boarding the bullet train to Paris, to meet up with the team for a third and last fashion show, at the Voûtes, in Paris. It was really cold and humid that day (thank you rain !), but the convivial atmosphere made us forget about these inconveniences. A temporary book club formed around a smoking tea and our best friend@ the radiator!

The room, with its very small scene, quickly filled up, to our greatest enjoyement. Our spectators like the performance, and had the honor of a 30 minutes Yui Gig. We were stuck backstage, changing, undoing our hair, our make up, and tidying up everything, but we were still able to listen a little. This specific evening, I would have liked to be one of the spectators !

Million thanks to the whole « Dream Team » : Clara Maeda, audacious designer, Yui Maeda, mesmerizing musician, Margaux Gen, talented hair stylist, Vanessa Brook, straight from LA make up- magician, and many thanks to our little helpers: Julien, Nicolas, Karl, our beloved photographer, Alexandra Banti, who worked with us on two fashion shows, and all my darling co-models (Eh I swear, heh, this time, we won’t wait another extra year to meet up again ! ) : Martha, Julia, Line, Hana, Joahana, Axelles, Clara, Tamara, Celine, Florence, Lucile et Victoria, who dares to abandon us « shamefully » for Island. Don’t worry Victoria, your pin up will visit your volcano just to eat strawberries, and I really think I won’t be the only one ! 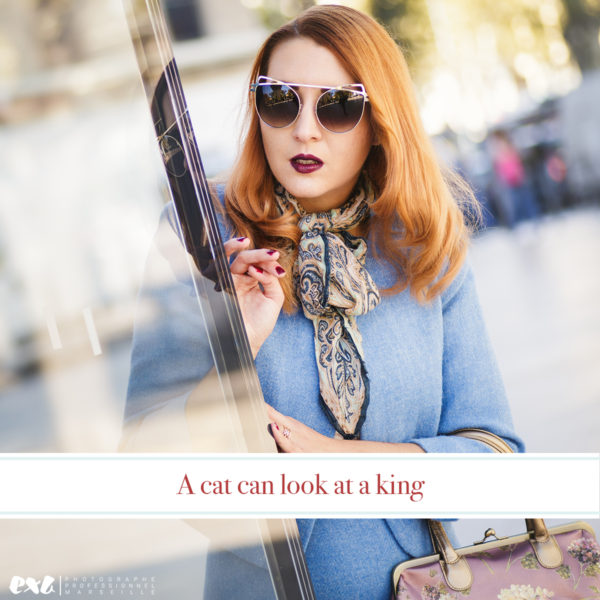